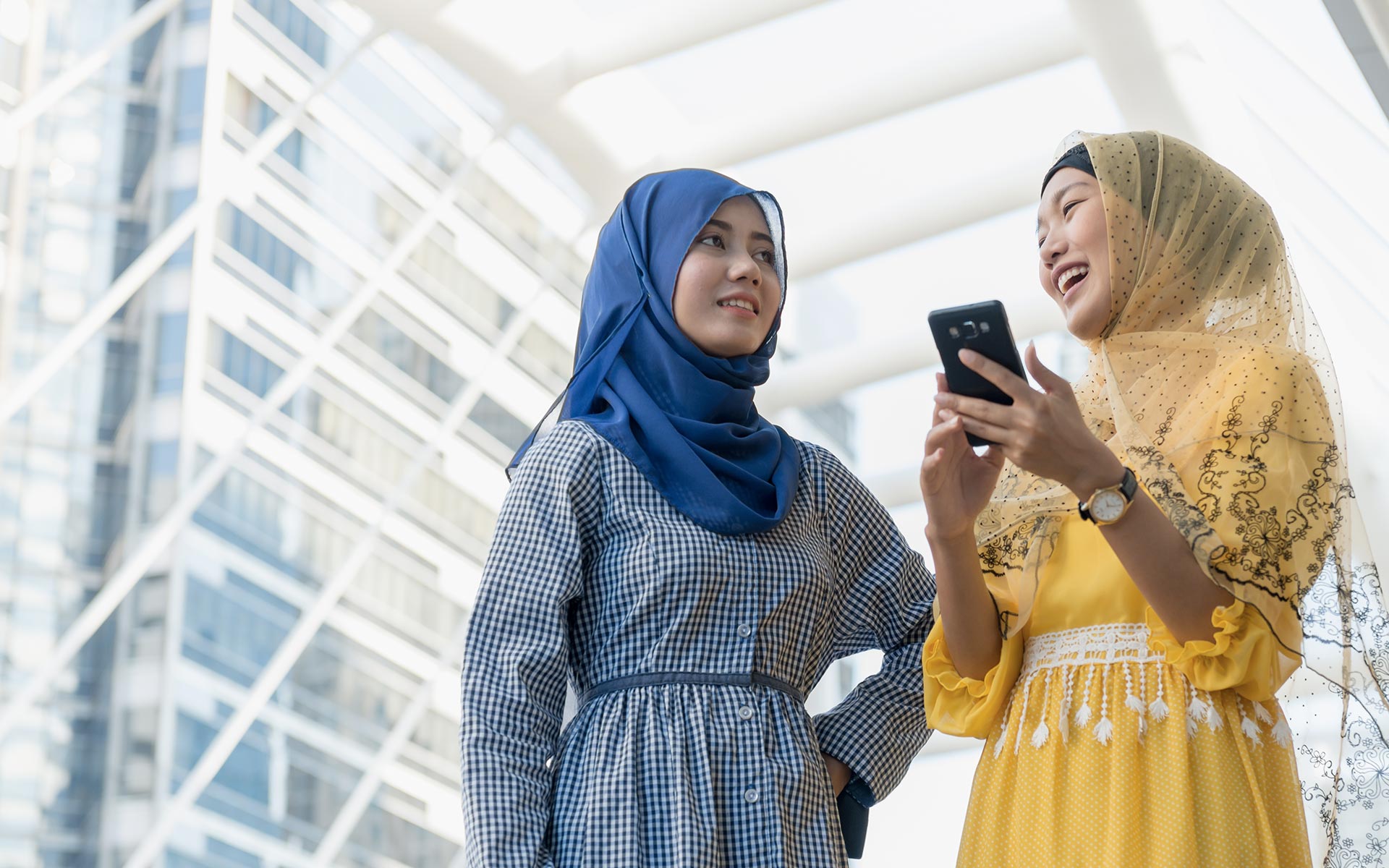 Understanding the importance of the Muslim consumer segment in Southeast Asia

Southeast Asia is home to over 240 million Muslims spread across the region’s countries, accounting for 42% of its total population – and it is growing larger and larger by the day. How do brands cater to this populous and lucrative market that is gaining more and more purchasing power? Let’s discuss the ways.

It’s no secret that the Muslim consumer segment is a force to be reckoned with – not just because of its sheer size and its purchasing power, but also because of its consistent growth. And particular focus should be given to one specific region: Southeast Asia.

Think about it for one second: the region’s Muslim community represents 25% of the global Muslim population, what with critically emerging markets such as Indonesia, which is by far the world’s largest Muslim country, as well as Malaysia, a Muslim-majority economic powerhouse in the region. There are also significant and influential Muslim populations in countries such as Singapore, Thailand, and the Philippines. Coupled with the region’s status as an emerging, mobile-first powerhouse, and the population’s rising purchasing power across the board, and you have a market that is essentially willing to spend on the modern, cosmopolitan luxuries that life can offer – and a lucrative one at that.

There is a new generation of Muslims who still lay claim to a faith that burns ever brightly, but at the same time, are tech-savvy and fashionable trendsetters who are more connected with the world than any of their predecessors have ever been – and this applies just as much, if not even more, to Muslim women. And more and more brands have been rightfully paying attention to this market’s pulse as well as how to best navigate the traditions and market specifics that all brands will have to deal with in order to tap into this emerging audience – a challenge well worth putting in the effort for them to succeed in.

It’s a pivotal market that is gaining weight in terms of criticality just by its sheer size. With that said, how should brands position themselves in a market such as this? How should they navigate what could be a tricky yet infinitely rewarding proposition? What should brands and marketers take into consideration when they formulate a strategy to penetrate this lucrative market? Let’s discuss the ways.

One of the most important things for brands need to consider is the fact that Southeast Asia is home to a new and emerging target audience – that of the young and trendsetting Muslim women who are changing the way brands approach their marketing to the large Muslim demographic in the region.

And this isn’t just big talk – an independent study by J. Walter Thompson’s research and market trending think tank Innovation Group proves this shift in attitudes and consumer behavior particularly within the aforementioned group is happening. In its Asian division’s first report entitled “The New Muslimah: Southeast Asia Focus”, it was revealed that these Muslim women in the region actually are more observant of their religious practices, but at the same time more liberated, empowered, and cosmopolitan than ever before – and this is reflected in their consumer behavior.

For instance, it was found that Muslim women in Southeast Asia are actually regular online shoppers who buy anything from clothes to beauty products online (with a predilection towards Japanese, European, Korean, and American brands), and who are perpetually connected to their mobile devices and tend to spend a minimum of four hours every day on social media platforms such as Facebook, Instagram, and Twitter.

And this is a market that is projected to spend over US$484 billion on clothing and footwear by 2019, which currently, as it stands, blows Japan and Italy’s total spending on such items out of the water.

Furthermore, it was mentioned that Muslim women are also more career-oriented and driven towards success than ever before, which were once unthinkable ideas to their forebears – and these changing behaviors present a multitude of opportunities for brands and marketers alike to present fresh ideas to the audience.

Brands that are able to tailor their messaging towards this new set of values and aspirations are the ones who will be able to tap this rich, diverse, and ultimately tantalizing market full of potential.

Going beyond halal: bridging the gap between faith, tradition, and modernity

These changing tastes have also ensured that marketing strategies will need to adapt – and that is a good thing. Gone are the days of slapping on a “halal” logo on products for brands to gain consumer loyalty within the segment and gain instant credibility; it just wouldn’t do. It’s the absolute minimum brands have to do to even get a second look at the grocery aisle, at the restaurant, at the hotel, or at the department store.

Today’s Muslim consumers are much, much more discerning and demanding – and brands would do well to go over and beyond gaining halal certification from the Islamic authorities. More and more Muslim consumers, apart from the inalienable standard of being halal certified, are also concerned about corporate social responsibility, brand origin and links as to where the brand itself is associated with, as well as causes, and whether brands have any actual Muslim participation and representation.

We’re talking about a global community spanning billions of Muslims all over the world – and their Southeast Asian representatives are more than ever tech-savvy, mobile-crazy and abreast of ongoing and upcoming trends. If brands market themselves to the Muslim consumer segment properly, they can expect products to fly off the shelves; otherwise, they can expect to hear a barrage of complaints – and loud ones, too.

Navigating and positioning during Ramadan

We’re a few weeks in and Ramadan is in full swing – and Ramadan, one of the Islamic year’s highlights that denotes a month of fasting from dawn until dusk, also marks one of the busiest times, if not the busiest time, for brands and marketers alike. This is when advertisers in predominantly Muslim nations, or those with substantial populations of Muslims, are at the height of their activity, marketing budgets included.

And it’s not just limited to countries with either – there is a lot of value for brands to market towards Muslim-minority countries in the region, given the fact that consumption and sales opportunities tend to rise across the board during Ramadan, and in the case of Southeast Asia, that especially rings true for online commerce.

With this in mind, how should brands position themselves during such a pivotal month for the Muslim communities of Southeast Asia? It’s simpler than most strategists think, and it doesn’t involve the tired, old schtick of slapping crescent moons and dates in advertising materials.

On the contrary, what brands should focus on is tailoring their message towards the helping achieve entire goal of Ramadan for Muslims: for them to be in tune with their spiritual side, to be one with the Ummah in celebrating Ramadan, and lastly, for them to improve themselves and build character – while doing so in a manner that goes beyond old hat that involves playing on “insensitive” advertising of food in the middle of the day’s fast.

For instance, Muslims begin shopping for food a few weeks prior in preparation for Ramadan – for brands to run a successful campaign targeted to this audience, they should also prepare for their campaign months in advance…and make sure that their inventory for both advertising and their product matches the demand that will inevitably arise during the month itself. It’s hard to get caught with their pants off during this period – Ramadan is a time when product shortages, price increases, and unaffordability inevitably occurs.

Furthermore, heightened consumption throughout the month is a given – but brands should take particular note that peak consumption activity occurs towards the end of Ramadan, as Eid-al-Fitr approaches (leading to peak ROI); and that the timeframe in which Muslims break their fasts as midnight approaches is one of the best times for marketers to increase their activity – this is where brands should harness the power of technology to achieve what we have mentioned earlier: towards the goal of tailoring their messages to help Muslims achieve their own goals during this period of fasting and prayer.

Brands thusly can amplify their messages in a powerful way particularly in such a technologically-driven and mobile-first region such as Southeast Asia by way of providing helpful tools to assist their celebration, such as mobile apps that remind them of the season that may, for instance include push notifications as to when to break their fasts, or an online campaign providing for a portal that informs, entertains, and is useful above all, such as giving meal ideas and budget tips for iftar, for instance.

Brands that position themselves as opportunistic profiteers during Ramadan will be transparent in doing so, and this will be apparent to Muslims – brands should rather position themselves as friends who are sensitive to the needs of Muslims in this particular time, one that helps them reach their own personal, communal, and spiritual goals during this sacred month.

There is a lot of opportunity for brands here – but they will need to strategize months in advance in order to tailor such a message and integrating it within their strategy that aligns with their own positioning. It’s not a “hit it and quit” proposition that is a one-shot deal, but rather an opportunity for brands to cultivate ties with the Muslim communities they operate in, and to build a deep relationship that emphasizes trust, transparency, and loyalty among one another.

This is a chance for brands to extend their value proposition to Muslims, and those that are successful will benefit from a mutually beneficial relationship while achieving their own goals as well.

Muslim consumers are in the billions all over the world, and a good number of them are located in Southeast Asia. And marketing to them should be inclusive not just in terms of faith, but also of the underlying reality that Muslim women particularly in the region are experiencing – one of increasing empowerment in the context of strong traditions and faith.

There is an emerging audience whose aspire to be catered to across all channels. And brands who consider themselves worth their salt need to learn how to navigate and swim this market else risk sinking like a stone in such a competitive environment. Those that build their cultivate their bond with this audience with a focus on empathy, trustworthiness, and loyalty will find an opportunity with limitless potential and an enduring relationship that will last lifetimes.